The island of Korčula is situated in the south of Croatia and it is the sixth largest island in Croatia. It is 47 km long and 8 km wide. Since it is one of the most densely wooded islands, Korčula was given the Greek name Korkyra Melaina, which means Black Korčula.

The city of Korčula, one of the best preserved medieval towns, is situated in the eastern part of the island. The whole city is surrounded by walls and towers, and the streets of the Old Town are arranged in a herringbone pattern. The city is also the birthplace of the merchant traveller Marco Polo, whose house can be found in the Old Town. The island of Korčula is also known for the traditional dance Moreška, which is performed every year to the delight of numerous tourists. 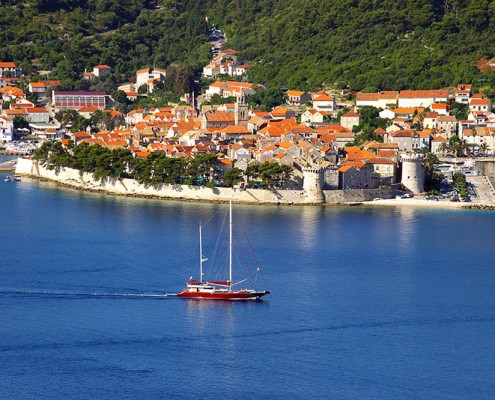